ISTC participated in the protection of ALMA, the main observatory in Southern Cone with video surveillance

ISTC participated in the protection of ALMA, the main observatory in Southern Cone with video surveillance. ALMA will join with other facilities in the United States, Mexico, Europe and the South Pole.

High on the Chajnantor plateau in the Chilean Andes, the European Southern Observatory (ESO), together with its international partners, is operating the Atacama Large Millimeter/submillimeter Array (ALMA) — a state-of-the-art telescope to study light from some of the coldest objects in the Universe. This light has wavelengths of around a millimetre, between infrared light and radio waves, and is therefore known as millimetre and submillimetre radiation. ALMA comprises 66 high-precision antennas, spread over distances of up to 16 kilometres. This global collaboration is the largest ground-based astronomical project in existence.

What is submillimetre astronomy?

Light at these wavelengths comes from vast cold clouds in interstellar space, at temperatures only a few tens of degrees above absolute zero, and from some of the earliest and most distant galaxies in the Universe. Astronomers can use it to study the chemical and physical conditions in molecular clouds — the dense regions of gas and dust where new stars are being born. Often these regions of the Universe are dark and obscured in visible light, but they shine brightly in the millimetre and submillimetre part of the spectrum.

Why build ALMA in the high Andes?

Millimetre and submillimetre radiation opens a window into the enigmatic cold Universe, but the signals from space are heavily absorbed by water vapour in the Earth’s atmosphere. Telescopes for this kind of astronomy must be built on high, dry sites, such as the 5000-m high plateau at Chajnantor, one of the highest astronomical observatory sites on Earth.

The ALMA site, some 50 km east of San Pedro de Atacama in northern Chile, is in one of the driest places on Earth. Astronomers find unsurpassed conditions for observing, but they must operate a frontier observatory under very difficult conditions. Chajnantor is more than 750 m higher than the observatories on Mauna Kea, and 2400 m higher than the VLT on Cerro Paranal.

This website uses cookies to improve your experience while you navigate through the website. Out of these cookies, the cookies that are categorized as necessary are stored on your browser as they are essential for the working of basic functionalities of the website. We also use third-party cookies that help us analyze and understand how you use this website. These cookies will be stored in your browser only with your consent. You also have the option to opt-out of these cookies. But opting out of some of these cookies may have an effect on your browsing experience.
Necessary Always Enabled
Necessary cookies are absolutely essential for the website to function properly. This category only includes cookies that ensures basic functionalities and security features of the website. These cookies do not store any personal information.
Non-necessary
Any cookies that may not be particularly necessary for the website to function and is used specifically to collect user personal data via analytics, ads, other embedded contents are termed as non-necessary cookies. It is mandatory to procure user consent prior to running these cookies on your website.
SAVE & ACCEPT 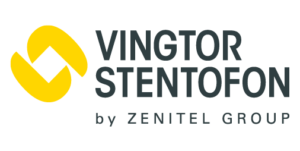